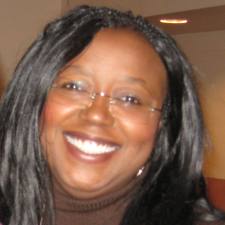 It’s a story about searches, a search for identity, a search for the truth and a search for a life mate. Grace is alone and lonely, an escapee from the foster care system and its abuses. In the years since making her escape, Grace has made a life for herself that is little more than existence. She can’t have any real friends. No one can get close to her or they would notice her peculiarities. She must keep her strange behavior secret to stay safe. If anyone knew she drank blood or was allergic to sunlight she’d end up locked up. Grace doesn’t know how or why she is the way she is, she only knows her differences began in puberty. And then there’s Malachi who has been searching for his life mate for decades even though she is believed to have gone into the Void. Nevertheless, Malachi searches on, alone in his belief and determination to find the one woman born with whom he’s to share his near immortal existence.

When did you first know you wanted to become a writer?

I didn’t….lol. It kind of slipped up on me. I’d had the dreams for years and ignored them. After all, writers are “those” people, right? But, then the medical practice in which I worked closed. I had more time on my hands and I just started writing. It was very cathartic. Sapphira and Malachi were very happy, as they had been trying to get me to write for years.

What do you do when you aren’t writing?

I love traveling, although I haven’t done much of it lately. I’m unemployed so for the most part, I spend my time job hunting… But when I’m not hunting, I’m usually gardening or reading a book for review. I’ve been doing a lot of that, writing reviews. However, when I finish reviewing the books I’ve agreed to, I won’t be accepting any more review requests for a while. I need to devote more time to writing the sequel to Yesterday’s Daughter.

Some readers complain that there are an awful lot of vampire novels out there these days. I’m sure you knew that already, so what made you decide to enter the crowded genre in which you are working?

There was no conscious decision to write a vampire novel. Now my subconscious, that’s a whole other story. Is there a shrink in the house?  Honestly, sometimes I wish Sapphira and Malachi’s story were different because so many people think that if you write a vampire story, you’re just trying to be another Stephenie Meyer.

But, I had to write the story the way the characters revealed it to me in my dreams and while I listened to their conversations. When writing Yesterday’s Daughter, I felt like a secretary to Malachi and Sapphira, writing their story as they told it. I didn’t write a vampire story to jump on the fang train. I wrote a vampire love story because it was inside me.

Reflect on some well-known vampire authors.

I’m a huge fan of Charlaine Harris, Stephenie Meyer and Nalini Singh. All three write paranormal fiction. And, all three are masters of the craft of storytelling. Their writing styles are so unique I could identify their manuscripts even if they were unsigned….:-) They’re amazing!!!

What do you think makes a good story?

Relatable characters are a must for a good story. Good stories need characters with whom the reader can become emotionally invested. If readers don’t care about the characters, they’re not going to finish the book. This emotional attachment draws them in and then you sustain their interest with action and suspense.

Who designed the cover?

Createspace rocks!! They asked if I had a drawing or picture I could provide them to aid in the design of the cover. But I didn’t have any. But Sapphira was so clear to me, vibrant. If I’d passed her on the sidewalk, I’d have known her. So, I gave them a list of attributes, eye, hair, skin color, facial expression and such. They nailed it on the second attempt. OMG, did they nail it. It’s like she walked out of my dreams.

Describe your experience of being a self-published author.

I didn’t pitch to many traditional publishers. One might have a better chance of being struck by lightning than being picked up by one of the traditional publishers. A fellow author friend of mine told me that it took him three years and 187 rejections before he was finally picked up by a small press. I don’t have that kind of patience. I worked hard on my story and I wanted to be published sooner rather than later or never. So, I self-published using Createspace.

What are you reading right now?

I’m reading The Time Weaver by Thomas A. Knight and Nalini Singh’s, “Kiss of Snow.”

Who are your favorite authors?

What kind of advice do you have for aspiring writers out there who want to start writing their own books?

I’m no expert! Yesterday’s Daughter is my first novel, but the best advice I would give an aspiring writer is to write with all your heart. Get to know other writers. Surround yourself with those who know the craft. Join writers’ blogs and websites and then write some more.

Thank you, Sallie, for a great interview!

Sallie’s book has incredible ratings on Amazon, and is available at the following link:

Please visit her site and check out her books! And, leave a comment for Sallie here.